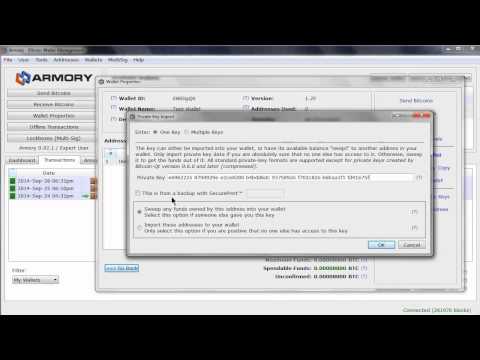 The block chain, which is “artistic”, presents both challenges and opportunities

Actual data: Nobody pays with Bitcoin. The unprecedented success story of Bitcoin in the Netherlands!

It's time to lighten up guys, let me tell you the success story of Buttcoin in the Netherlands. In case you didn't know: the Netherlands is a small country in Europe, best known on /bitcoin for being the frontrunner in cryptocurrencies, acquiring many upvotes. Market-research firm Multiscope confirm their views: one out of three Dutchmen knows how Bitcoin works, and another 41% have heard of it. This is not so surprising as just about every newspaper or news website writes about Buttcoin's failures, hell it even got coverage in primetime news shows. Multiscope estimated that 1% of the population own these tokens (as of December 2013).
But that's not all, not even close! The city of Arnhem has been dubbed 'Bitcoin City', the Hague has a 'Bitcoinboulevard' and Amsterdam hosted Bitcoin 2014 where subsequently BitPay opened their European Headquarters. 19 days ago the nation's biggest e-commerce payment gateway Mollie started taking Bitcoin, with /bitcoin quickly bragging about their big-name clients: ING, Facebook and Heineken. Mollie was quick to double down and now automatically provides each new client with Bitcoin services, thereby adding 800 new shops per month (unless they opt-out), on top of the 800 shops that already opted in! We even have two exchanges specifically designed to cater the Dutch market, instant and dirt-cheap. And then there are conferences, with actual speakers from meaningful institutions. To the moon!
But there's one small problem: nobody in the entire country pays with damn Buttcoins. So far Mollie processed almost 10 transactions for their 800 clients............... combined! Mollie's biggest clients such as domestic IT-shop CoolBlue saw this coming from a mile away, instantly telling Buttcoin preachers to suck it. Naturally, none of the big names Reddit listed and upvoted even touched the currency of failure. Mollie's competitor Bitmymoney isn't doing much better: usually processing multiple payments a week for their 70 clients combined. The eleven restaurants on Bitcoinboulevard that started accepting Bitcoins two months ago are in the same boat: combined they had 70 transactions (1 per day!), and multiple quit as it was too difficult. BitcoinCity-day had a surprising number of Bitcoin-paying participants (34 unique addresses), but perhaps not as surprising considering Armory came out to hand out free Buttcoins and there were other prizes involved.
So what is Buttcoin good for then? Well aside from Madoff laughing his ass off, druglords seem to do well! So far one Dutchman has managed to get himself caught in Miami, which is well known to be a great place to get caught red-handed. Many others got arrested locally for dealing insane amounts of drugs on SilkRoad. The Dutch Central Bank had about enough of all the crime; today they stated that banks better shape up quickly when it comes to cryptocurrencies. Oh well there is always the remittance market right? To the moon!
Sources here.

Is anyone else freaked out by this whole blocksize debate? Does anyone else find themself often agreeing with *both* sides - depending on whichever argument you happen to be reading at the moment? And do we need some better algorithms and data structures?

Does Bitcoin need an iPod?

I am currently messing around with cold storage and wanting to first verify the process with a couple of test runs using small amounts of bitcoin. I am downloading the blockchain (again, sigh) on a crap laptop that I don't use anymore. Not sure I really need to do this but I feel like it lessons the chances of creating a duplicate address, which I know is something akin to winning the lottery seven times in a row. Anyway, I then take my junk laptop offline, generate an address, encrypt and then back it up a few more times on some new USB drives.
As I am sitting here trying to wrap my head around how complicated this is, I have to wonder what percentage of people, true BitCoin adopters, are actually doing this? As a believer and technophile, I understand what is happening, but what a leap of technological faith it is. Sending large amounts into the ether and hoping it lands and waits, forever
submitted by ShawnLeary to Bitcoin [link] [comments]

Feeling dumb, couple of problems I need help with.

Ok, my main problem is that I want to merge a bunch of wallets back into one. I use BitcoinQT and Armory, and with both I have about four wallets total. The main issue with trying to merge these is that I don't have enough BTC across them to combine the funds by sending them over the network. So, here's what I'm looking at: I want to take the BitcoinQT wallet and send it to Armory, next I want to take the (now) 4 Armory wallets and merge the funds in them into a just one wallet address.
Now, there's bound to be a way to do this without giving myself a headache, right? The only other solution I'm seeing right now is waiting until I can scratch enough money together to buy 0.1btc on Coinbase, then using that to bounce everything together.
Okay, so I know there are likely security risks in doing this, but I obviously don't have enough BTC to worry about since I can't send my funds to a single wallet. Also, I'm running Armory 0.88.1-beta and QT 4.8.3.

How to Download and Verify the Armory Bitcoin Wallet