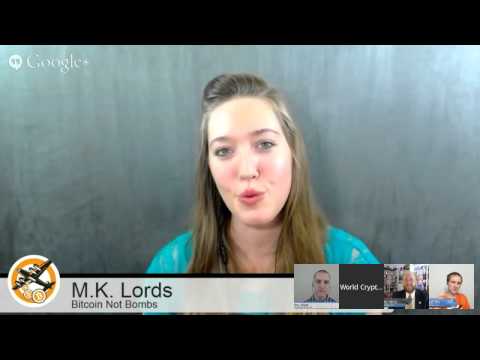 Seems that at least once a week someone asks whether or not there is a dealer that accepts an alternate payment method. So I put together the chart below.
Feel free to tell me if something is wrong and I will change it. Or if something else should be added I can do that too
Updated

As I've written previously, I believe that Bitcoin is the dog wagging the tail. Therefor I will focus this post on Bitcoin and see what's happening there.
Seven days ago, there was a spike in number of hits on the Bitcoin wikipedia page (http://stats.grok.se/en/latest90/Bitcoin). Accordingly to Google trends, this happens the same day the Shrem news hits the wires (http://www.miamiherald.com/2014/09/04/4326680/plea-scheduled-for-ny-bitcoin.html). Accordingly to Google trends, Bitcoin is a hot topic in US and Canada. Accordingly to ahrefs Russia is also showing a lot of interest and is linking a lot to bitcoin.org (https://ahrefs.com/site-exploreoverview/subdomains/?target=bitcoin.org), the overall upwards trend is stagnating and almost beginning to turn down though. Reddit confirms this view and there the trend is also turning down (https://pay.reddit.com/Bitcoin/about/traffic). The Bitcoin Sentiment Index is also turning down (http://www.coindesk.com/sentiment-index/) and even hard core enthusiasts such as the guy behind the mike at Bitcoin and Gravy (http://letstalkbitcoin.com/blog/post/bitcoins-and-gravy-ep-32-the-big-apple-amagi-metals) admits to feeling a little bit depressed. The trading price on exchanges confirms this bleak picture and overall trading volume across exchanges are declining (http://data.bitcoinity.org/markets/volume/30d?c=e&t=a&volume_unit=btc).
My personal belief is that what we have had the past few months, is a much anticipated consolidation after the wild ride to above 1000, down to super lows and oscillations around 500. It's pretty obvious that people have been betting on BTCUSD going down and actually the sum of active BTC swaps on bitfinex hit the considerable high point of 10K (http://www.bfxdata.com/combined/btc.php) which tells us that a lot of people are shorting - so that's how we know that people are betting on price going down.
So what is the take away from all of this? I believe that the saying "the market is pricing in a future events" is very true for Bitcoin. Bitcoin, I believe, derives its value from the prospect of the currency becoming viable and wide spread. While this is in many ways becoming true with Paypal/Braintree, Dell to name only 2 out of an "endless amount of spectacular announcements" the past year, I believe much of it was already priced into the market so to speak. A string of almost to good to be true news, have hit a market that has been consolidating and being under great selling pressure. What does this mean? In my view it means that people who bought coin, anticipating that Bitcoin would someday "go mainstream" have been depressed about the collapse in price and all of the good being already priced into the price, has obviously not been enough to prop it up, hence many people think it's either time to take profit or cut the losses short. So then, is this the end?
I definitely think it's not. While Paypal/Braintree and Dell are good reasons to sell bitcoins (in exchange for goods and services) I still think the "killer app" for buying has not yet materialized. While I think more and more wallet apps, will be thrown to the wall until something sticks - I think the killer app is not an app really, but actually a "killer feature" of the protocol itself; namely that it is a system that works outside of the traditional banking system. What I'm waiting for, is some kind of crisis in the banking system where things freezes up and where people, who uses VISA etc, will have trouble moving money while the Bitcoin network just continuous to work. Something like that, banking holiday or similar, that could spike the price of bitcoins. If nothing like it happen, I still believe the price to go up anyway, since there are so many people still out there who hasn't heard about it and don't own any.
Everything isn't down, only the price and peoples sentiment. There is nothing that draws attentions, such as a runaway ascent where price goes parabolic to the moon, and when that happens I believe the number of search hits on wikipedia etc will increase as well. People are trading more and more bitcoins and on localbitcons we hit an all time high in volume (https://bitcoincharts.com/charts/localbtcUSD#igWeeklyzm1g10zm2g25zi1gVolzvzcv) and this happened last week. Besides the BitLicense, everything I've heard is positive. Everything besides the price which is down. And price I believe, is down because of the bad sentiment, because people look at the price and not the spectacular things happening. More ATM's are being added all the time and he number of transactions on the network is actually picking up (https://blockchain.info/charts/n-transactions-excluding-popular?timespan=2year&showDataPoints=false&daysAverageString=30&show_header=true&scale=0&address=) so we know it is being used, for one reason or another. Nothing here that says bitcoins will be worthless soon.
Buy when sentiment is at a low point, sell when people are euphoric. Is this where we're at? People sure aren't euphoric but I wouldn't say that we're at the "puke point" either. The simple answer is that I don't know where the low will be but I'm confident that someday the price will cross 1000 again, so I believe it's all about dollar cost averaging down, keeping some chunk of money on the table if the price goes really super low.